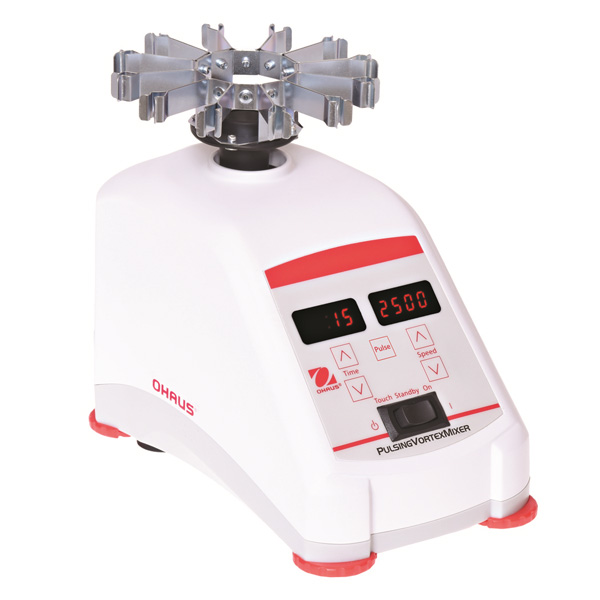 No matter what field you are in, be it in the wastewater treatment, cosmetics, food and beverage, pharmaceutical, or electronics circle, laboratory mixers carry out a significant part when it comes to QA analysis, research and development, and the production process itself. Optimizing application productivity will greatly depend on the speed type and speed range your mixer can provide. Present vigorous mixing or light-duty shaking depending on what is required by your application with the VXMNPS Vortex Mixer from Ohaus. Designed to offer variable speed, the Ohaus VXMNPS can emulsify samples starting from 500 RPM up to 2500 RPM, making it a great vortex mixer for life science, cell culture, and microbiology tasks. Consider the VXMNAL Vortex Mixer from Ohaus if you need something also from the same series and brand but with a higher max RPM compared to this one.

Make sure you understand the differences between each mixer types before actually deciding on which one to purchase. Most microbiology workrooms and analytical research centers demand vigorous blending and agitation of experimental samples, cell disruption, resuspension of cells, and homogenization. These activities can be completed by vortexers that may be small in size and might come in different formats to cater test tubes, beakers, vials, or microplates but can provide reliable mixing with precise time and speed control. Get results that can easily be replicated for denaturation of DNA, RNA, and proteins, enzyme reactions, plasmid isolation, and more with the digital VXMNPS Vortex Mixer from Ohaus showing an orbital mixing motion . No need to worry if you are incubating cultures as this unit can produce exact temperatures ranging from 4°C - 40°C.

Thoroughly blend samples and fluids through this Ohaus vortex mixer that presents an orbital mixing movement.

Set the correct laboratory mixer settings with the Ohaus VXMNPS by use of its digital control.

This variable speed mixer allows speed re-adjustment while in operation from 500 RPM to 2500 RPM.

Having the CE mark, the Ohaus 30392129 vortex mixer meets standards implemented on products offered within EEA.

SKU: MXOHAVXMNPS
MFG Part Number: 30392129
Enter in the offer amount and we will either match it in real-time by adding it to your cart at the lower price, or respond back to you via email within a couple hours.
Enter your offer amount (you can only make the offer a single time).
$
Congratulations, your offer has been instantly accepted and the product has been added to your cart at the lower please. Click on the "Checkout Now" below to secure this lower price within the next 3 minutes before it expires!
Checkout Now
You are almost there! While this specific offer amount cannot be instantly accepted, please fill out the short form below so we can email you back a possible acceptance within a few hours.
Thank for your information, we will response back to you soon.